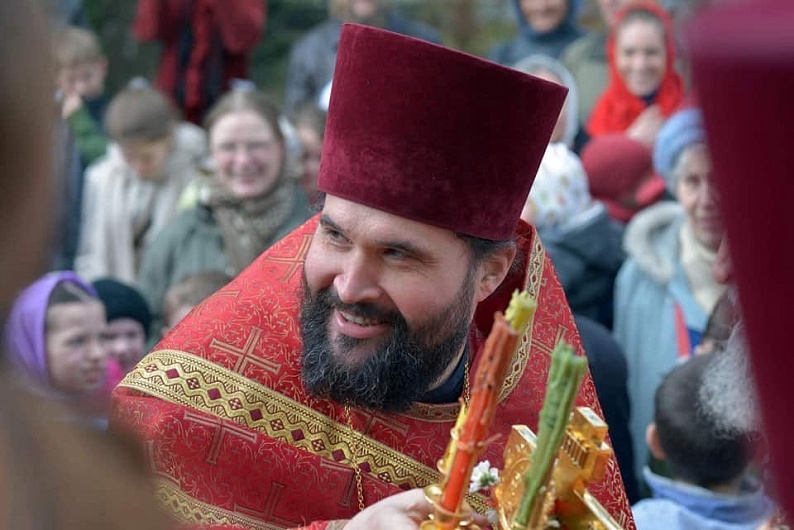 On May 2, 2022, the Very Rev. Prof. Georgy Orekhanov (1962–2020), Vice-Rector of STOUH for International Affairs, would have turned 60. His life was unexpectedly short, but bright, active, and extremely full, defined everywhere by service: in the Church, in his family, in interaction with friends, in teaching, and in science.
On this day of remembrance of our dear Father Georgy, we are publishing the reminiscences of STOUH’s Rector and the words of five colleagues and friends of Father Georgy’s who expressed what countless people who loved him feel after his passing: “the presence of Father Georgy is more palpable than his absence.”

May 2 marks the 60th birthday of our dear Father Georgy Orekhanov. When we close our eyes, each of us can hear his inspiring voice: “I want to tell you about an absolutely genius idea!” His constant creative, energetic presence in our lives, his love, his concern for the development of the common cause of our University –building of a new sphere of church education, churching and spiritualizing the intellectual segment of our society, bringing back together the torn fabric of Orthodox Russian culture – all this lives on in the soul of our larger Saint Tikhon’s community. The memory of this friend who went before us, of the love that united us on earth, may it also unite us in eternity. Eternal memory to the late Archpriest Georgy!

It is hard to believe, but Father Georgy is turning sixty years old. This used to be the retirement age for men, at which one would sum up the whole of one’s past life. But I categorically cannot imagine Father Georgy “retiring” or much less “summing” anything up. Not only because the image of him that emerges in the mind is more of a bubbling energy, new “genius (as always!) ideas”, a special talent for living brightly, gathering people around him and giving them inspiration for a common cause, but also because much of what he started and laid down not only has not “dried up” over time, but, on the contrary, having passed the test of time, continues to develop and bear fruit. This is quite obvious to me, as someone who has taken up part of his former duties. In many ways, we are walking the trail he blazed. And, of course, he continues to live on as a priest, as a shepherd, in the spiritual children he has gathered, raised, and nurtured. They (and no wonder for the Vice-Rector for International Affairs!) represent a beautiful international brotherhood: Russians, Japanese, Germans, Italians, Armenians. In today’s conflict-riven world, they remain united in grateful memory of Father Georgy. And in the hearts of his friends, a love for their dear friend, colleague, and fellow minister lives on.

This year on May 2, our dear Father Georgy would have turned 60. When I think of him, the words of John Chrysostom, read recently at the Easter Liturgy, come immediately to mind: “Death, where is your sting? Hell, where is your victory? Christ has risen, and you are defeated.” During these two years, his presence has been more palpable than his absence. The joyful faces of his children and his wife, the many personal relationships and bridges he built as a man and as Vice-Rector for International Affairs, which have proved stronger than circumstances, testify to this. The feeling never goes away that he gave us each other and that together we have inherited his wide world of knowledge and relationships, which we have only just begun to discover.

Father Georgy was a church historian by vocation: perhaps not from a very young age, yet he discovered this as his main field and managed to work fruitfully in it. In the academic world, Father Georgy is known as an expert in the history of the preparations in the run-up to the 1917–1918 Holy Council of the Orthodox Russian Church and of the Council itself, which was a unique phenomenon in the history of the Russian Church. Attempting to look at this Council from a theological point of view led to an important result, Father Georgy’s first monograph On the Way to the Council, which has not lost its scholarly relevance even today. But it was the topic of Leo Tolstoy and the Russian Church that truly became his own in a union of scholar and topic. His work in this area not only yielded a number of books and many articles, but also attracted those from other fields of scholarship, such as literary studies, philosophy, and religious studies, to Father Georgy’s research. The expansion of his scholarly circle has resulted in remarkable projects, such as annual conferences at Yasnaia Poliana or the colloquia of the Interdisciplinary Intellectual Club. Father Georgy’s talent for communication enabled him to gain the support of the leadership of the Yasnaia Poliana museum and estate, and to bring in representatives of the Russian Academy of Sciences, the Gorky Institute of World Literature, the N. F. Fiodorov Library and Museum, the Moscow Institute of Italian Culture, the Jagiellonian University in Cracow, Pittsburgh Theological Seminary, the Catholic University of the Sacred Heart in Milan and others, for academic forums. It is to be hoped that, in spite of all the problems of recent years, these endeavours of our dear Father Georgy can be continued…

Father Georgy’s scholarly activity in many respects matched his lifestyle. The life-affirming and life-giving energy inherent in him was manifested in unceasing academic inquiry, development, and changes of topics and even academic disciplines, into whose rigid framework his ideas did not fit. In his search for the origins of this historical situation, he turned from standard early 20th-century Church History to the study of 19th-century Russian culture. He chose as a key topic Leo Tolstoy’s relationship to the Russian Church, as one in which all the particular features and nexuses of problems of the era are revealed with the greatest vividness. However, he quickly realized that standard approaches borrowed from political history, the history of social thought, the history of literature, or the history of philosophy, though necessary, were insufficient here. “Interdisciplinarity” was not just a slogan for him (although he created an “Interdisciplinary Intellectual Club” on the basis of conferences held in Yasnaia Poliana), but also an urgent need dictated by his vision of the subject. Perhaps it was precisely because of this that he became increasingly attracted to religious studies approaches, and it was no accident that he created his master’s program, “Religious Aspects of Russian Culture in the 19th and Early 20th Centuries”, as a religious studies course. Here, his vision encompassed, on the one hand, the approaches put forward by early 20th century Russian thinkers (S. N. Bulgakov’s analysis of “religious types”) and, on the other hand, psychological and sociological approaches to the study of contemporary “spirituality” (his 2017 book Spirituality: Discourse and Reality, co-authored with Ksenia A. Kolkunova, provides a panorama of these approaches and the phenomena they describe in modern life). All this allowed for a kind of collision between history and modernity (Father Georgy was especially interested and concerned about modern youth, their life principles and attitude toward the Church): he could see the origins of modernity in history, and find a lens in modernity through which history would begin to reveal its meanings. This synthesis was most fully expressed in a book conceived as a popular science book, but which became, in a sense, his final, culminating book: Leo Tolstoy: “Prophet Without Honor”. The Chronicle of a Catastrophe (2016). However, here we can see the beginning of a new shift: along with the main character of the book, there is another – Dostoevsky – occupies an almost equally significant place. Tolstoy’s “non-encounters” with him constitute one of the defining plotlines of the work. There can be little doubt that this new topic of study would have resulted in further methodological innovations. Alas, this was not to be...

Our common life is receding into the past. Since Father Georgy passed away, it seems an entire era has passed. A pandemic, and now a global political crisis. But some things remain the same. Holy Week has just gone by. Father Georgy always read the Canon at the Burial of the Shroud, and at Matinsm, he censed along with Father Oleg and Father Alexander, his fellow recipients of a doctorate in theory. All of this is re-experienced and felt to be our common life. It goes on and on. We continue to think about the University and to work at it. We have always done so together, and in some ways, this is still so. Somehow, you also begin to feel a special kind of commonality with Father Georgy in worrying for your children. Father Georgy’s children are older, and he had to worry before I did about what came later in my life with my children. I feel like I can understand and share that part of his life better now. Sometimes I think, “May God make his children happy!” Dear Father Georgy, Christ is Risen! 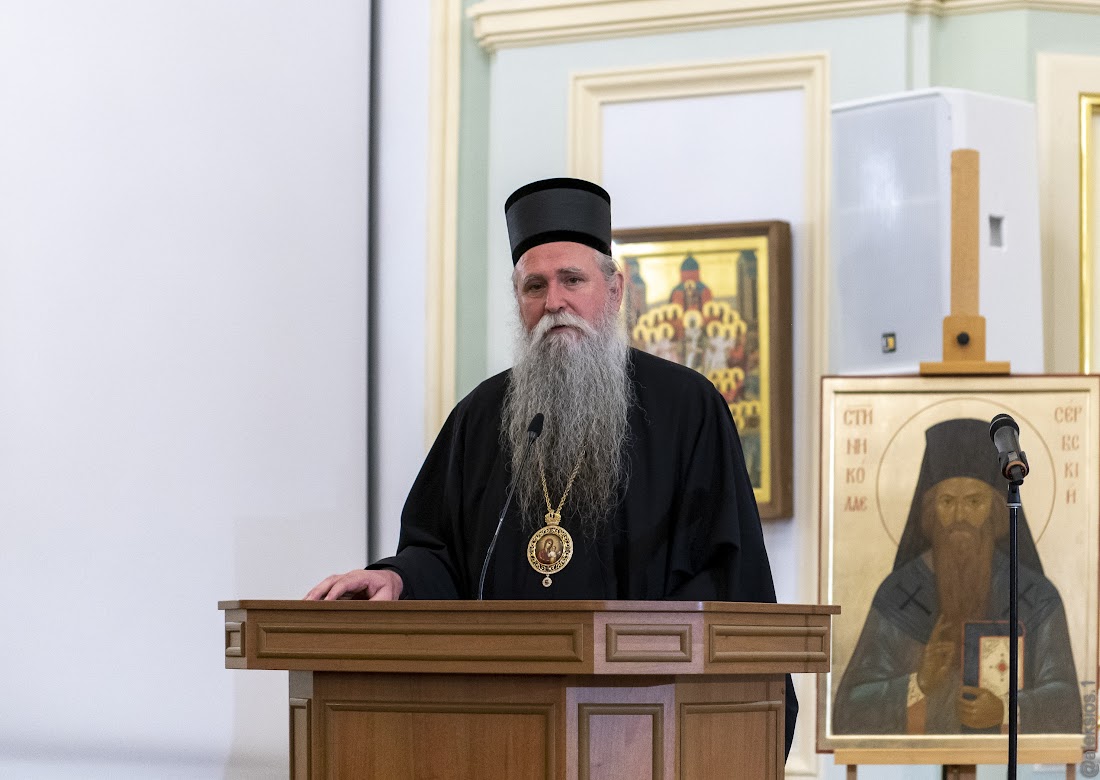 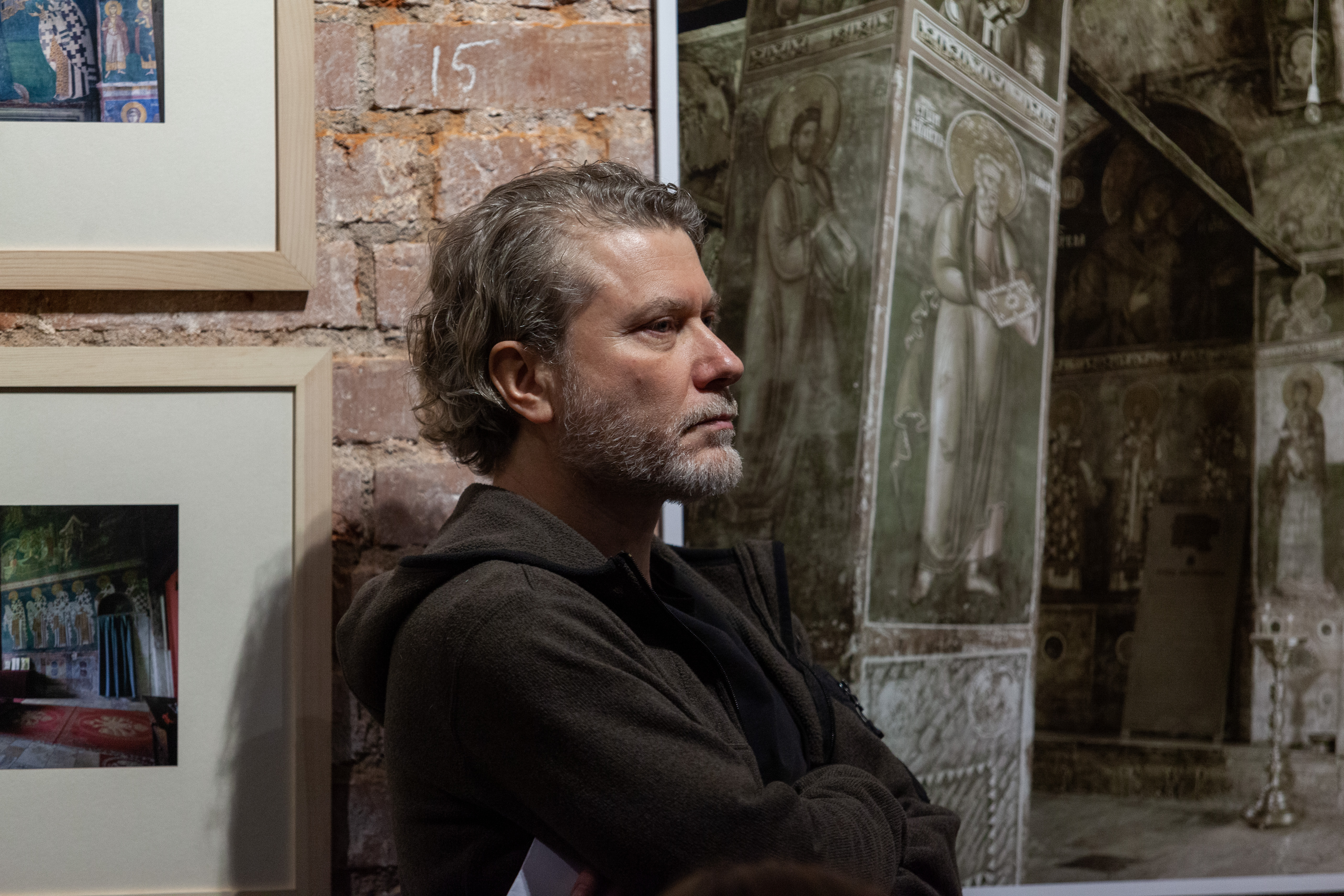 15.10.2022 Journey to Kosmet: “Kosovo and Metohija: Serbian Historical Heritage” Photo Exhibition Opens on Eve of the Festival “Serbian Solace for the Russian Heart”