An Epoch in Miniature: The Antique Image in the Development of European Culture 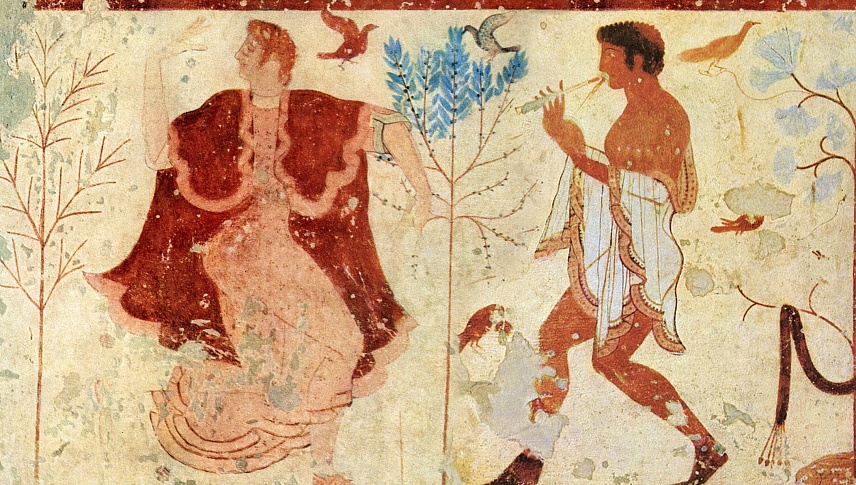 The key event of the 2020 festival “An Epoch in Miniature: The Antique Image in the Development of European Culture” was the exhibition “ILIAS PICTA in the Context of Early Christian Fine Art”. The exhibition featured a new facsimile edition of a unique 5th-century illustrated Greek manuscript of Homer’s Iliad from the Biblioteca Ambrosiana. In addition to the facsimile edition of the Milan manuscript, digital copies of early Christian art were presented to the audience at the exhibition, enabling them to discover the antique roots of Christian art and the connection between the Greco-Roman and Christian pictorial traditions.

The 2020 festival included academic conferences and various lectures about antique theater, modern attempts to reconstruct ancient music, the transformation of antique conceptions of geography, and the history of Russian poetic translations of Homer.

A conference on “Homer Through the Ages” addressed the issue of linguistic and poetic continuity in the early Christian era. The language of Homer’s poems remained an ideal model of poetic language, and new poets resorted to Homeric formulas in works on Christian themes. In particular, St. Gregory the Theologian wrote his poems in this vein.

An academic conference on “The Ancient Image in the Development of European Culture” tackled the questions of continuity and the connection between the antique and Christian artistic traditions. The expert speakers covered a wide range of issues: the migration of images; the borrowing, adoption, and reworking of ancient themes in Christian art; the diversity of methods whereby the antique pictorial tradition survived through the Middle Ages and the Modern Era; the evolution and distribution of iconographic types and themes; and the search for, and analysis of, stylistic parallels.

The conferences featured talks by scholars from Lomonosov Moscow State University, the Higher School of Economics, the Gorky Institute of World Literature of the Russian Academy of Sciences, the Andrei Rublev Central Museum of Old Russian Art, the Orthodox Museum of St. Andrew the Apostle, Saint Tikhon’s Orthodox University of the Humanities, Moscow Theological Academy and Seminary, Sretensky Theological Seminary, and other institutions of higher education.


More information about the festival can be found on the Web site: http://festivallihov6.tilda.ws/ (ru)